Come In and Meet Our Ashburn Eye Doctors!

Eye care professionals specialize in understanding how the human eye really works, as well as diseases and conditions that affect your vision - many of which do not have obvious symptoms. Eye doctors know how age and risk factors affect vision over time for young and old, and they understand the benefits and features of corrective lenses including eyeglasses and contacts.

Welcome to the Best Eye Care in Ashburn, VA

Our Ashburn optometrists take the time to explain the results of your eye exam, describe your options and listen to your eye care needs. Because maintaining good eye health is an ongoing partnership, we encourage you to ask questions and share your health information, which could be vital to monitoring, diagnosing and treating potential vision problems.

Dr. Kao and Dr. Park are available Monday-Friday and closed on Saturday and Sunday. 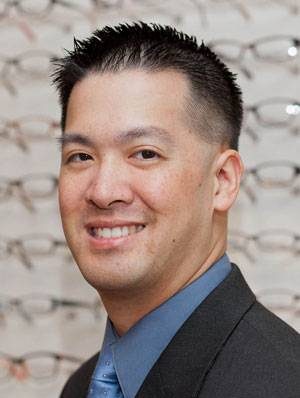 Dr. Richard Kao received his degree in Biology and Psychology from Rutgers University in New Brunswick, New Jersey.  He then received his Bachelor of Science degree in Visual Science and his Doctor of Optometry degree from Pennsylvania College of Optometry in 2001.  During his attendance at Pennsylvania College of Optometry, Dr. Kao was active in such organizations as the American Optometric Association and the National Optometric Association.  He was also awarded the E.F. Wildermuth Foundation Scholarship for academic excellence and finished in the top ten percent of his graduating class.

Following his education at Pennsylvania College of Optometry, Dr. Kao trained at The Veterans Administration Hospital in Boston, Massachusetts, where he developed a strong interest in the treatment and management of ocular disease. This continued as Dr. Kao continued his training at Omni Eye Services in Iselin, New Jersey, where he worked with some of the most prestigious eye specialists in the NJ/NY area, including specialists in retina, cornea, cataract, glaucoma, neuro-ophthalmology, oculoplastic surgery, and laser eye surgery.  Dr. Kao continued to build on his experience while working in various private practice settings. 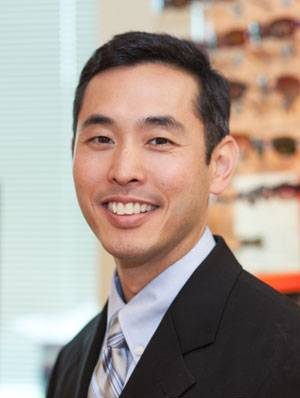 Dr. Park is a very proficient optometrist with extensive experience in treating patients pre- and post-operatively for cataract, glaucoma, retina and refractive surgeries, as well as treating various ocular diseases. He is well versed in fitting specialty contact lenses.  He has lectured to optometrists for continuing education courses on topics such as refractive surgery and ocular disease. During his training he completed a rotation in primary eye care at the National Naval Medical Center in Bethesda, MD.  He has several years of experience working with a Glaucoma and Retina specialist in Philadelphia.  He also has experience working with a cornea specialist, cataract specialist, and a LASIK specialist in Northern Virginia. 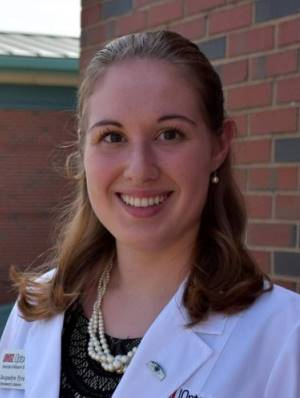 During optometry school, she was a student member of the American Academy of Optometry, the National Optometry Association, the Missouri Optometric Foundation, and the American Optometric Association. In 2016, she was awarded the F. Edward Hebert Armed Forces Health Professions Scholarship and was commissioned as a United States Army Officer.

Upon her graduation, she was awarded the Johnson & Johnson Vision Award of Excellence in Contact Lens Patient Care. Following her graduation from optometry school, Dr. Tyra served on Active Duty in the U.S. Army as an optometrist at Fort Benning, GA, providing care to Service members and their families on a routine and emergency basis. During her training, she completed rotations at the St. Louis Veterans Affairs Hospital, Scott Air Force Base, and other private practice settings.

She has a wide breadth of knowledge and skill, including glaucoma, pediatrics, ocular disease, dry eye disease, and more. Dr. Tyra is a current member of the American Optometric Association and Armed Forces Optometric Society. She continues to serve our country in the United States Army Reserves and is dedicated to providing exceptional and compassionate care to all of her patients.